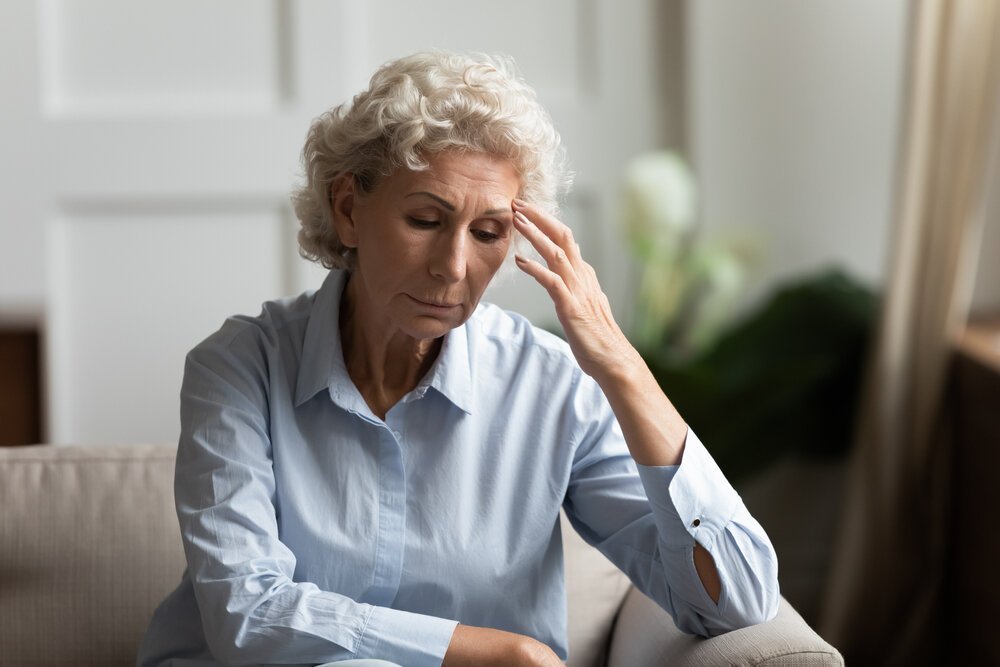 In a Mood and Out of Sorts

Moodiness is often dismissed as an attitude problem or something triggered by 'getting out of bed the wrong side'. But irritability can actually be the body's way of telling you that something is wrong – that it's suffering from adrenal fatigue.

Also known as hypoadrenia, adrenal fatigue is mainly caused by stress, and the symptoms range from brain fog to trouble sleeping. For women especially, the emotional symptoms of adrenal fatigue can be incredibly confusing with many finding themselves constantly on edge or feeling overwhelmed for no apparent reason.

As women struggle to operate between mood swings, it can lead to more stress, piling guilt and shame onto their shoulders for any loss of temper or overreaction. Of course, the more stressed someone gets, the more strain is placed on the adrenal glands, causing further mood swings, and more feelings of guilt and shame. That's why it is essential to talk to a health care practitioner if you suddenly feel like the world is getting too much because they'll be the people best placed to interpret the messages your body is sending you.

Tell me About the Adrenal Glands

The adrenal glands are two thumb-sized organs that sit above the kidneys and form part of the endocrine system. Also known as the suprarenal glands, they produce more than 50 hormones that drive almost every bodily function, including your body's stress mechanisms.

When your body detects stress, your adrenals pump out adrenaline for instant energy as well as cortisol to support your body through the stress. Unfortunately, the body lacks the ability to differentiate between different types of stress. So, the brain perceives stress in the same way whether it's caused by long-ago trauma or an immediate threat of attack. The physiological response is the same.

What Is Adrenal Fatigue?

Adrenal fatigue is a term coined in 1998 by the naturopath and chiropractor Dr James L. Wilson. He found that overstimulation of the adrenal glands by long-term stress could lead to an inconsistent level of cortisol in the bloodstream. Those suffering from adrenal fatigue also tended to lack dehydroepiandrosterone, the hormone responsible for the creation of many other necessary hormones present in the body.

According to Dr Wilson, adrenal fatigue runs to a common schedule: on waking, caffeine is needed to function, there is then an energy boost mid-morning before it crashes around 2 pm to rise again at 6 pm and fall at 9 pm ending the day with a final energy peak at 11 pm.

The symptoms of adrenal fatigue are many and varied and, along with the peaks and troughs of energy levels, they include chronic fatigue, brain fog, hair loss, hormone imbalance, weakened stress response, insulin resistance, decreased libido, moodiness, irritability, depression, muscle or bone loss, skin problems, sleep apnoea, weight gain as well as the loss of appetite.

It's not so much the kind of stress that causes the problem, but rather the amount of it. In cases of adrenal fatigue, the adrenal glands simply can't keep up with the onslaught of daily stress many people experience. Wellness doctors and practitioners believe that an episode of acute stress or prolonged stress, lasting more than a year, or ongoing stress is what causes adrenal glands to become overloaded and ineffective, which leads to the improper release of cortisol.

Acute stress might come in the form of bereavement, divorce or surgery, but exposure to environmental toxins and pollution can also cause stress, and prolonged bouts of stress is pretty much a given in matters of financial hardship, bad relationships or demanding work environment.

Other conditions that can trigger adrenal fatigue are feelings of helplessness, negative thinking and emotional trauma, lack of sleep, a poor diet, including crash diets and inconsistent nutrition, a lack of exercise, pain, food sensitivities, reliance on stimulants like caffeine or energy drinks, and diabetes or impaired glucose levels.

Treatment for adrenal fatigue involves a concerted effort to reduce stress levels, eliminate toxins, avoid negative thinking and stock up instead on healthy foods, supplements and positive thinking. In every case of adrenal recovery, diet is a huge factor. Naturally, several foods offer adrenal support, working to replenish adrenal energy which will help bring your system back to full health. But first on the list to be avoided are hard-to-digest foods and any toxins or chemicals in your environment.

Foods to generally avoid include caffeine, sugar and sweeteners, carbohydrates, processed and microwaved food, processed meats and hydrogenated oils such as soybean, canola and corn oil that are highly inflammatory and can lead to adrenal inflammation.

Supplements can also be used to ensure that you are getting the right nutrients vital for adrenal support such as apoptogenic herbs (for example, roseola Rosea, eleuthero, astragalus), Omega-3, Vitamin C and minerals. In some cases, people may need to take the adrenal cortex to support their adrenals. Your practitioner will guide you to choose the right supplement for your particular case. Other ways to combat adrenal fatigue include reducing stress levels, sleeping 8 to 10 hours a night, ideally being in bed by 10 pm, laughing, minimising work and relational stress, eating on a regular food cycle, exercising and counselling.

Smarter and Healthier Snacking During the Holiday