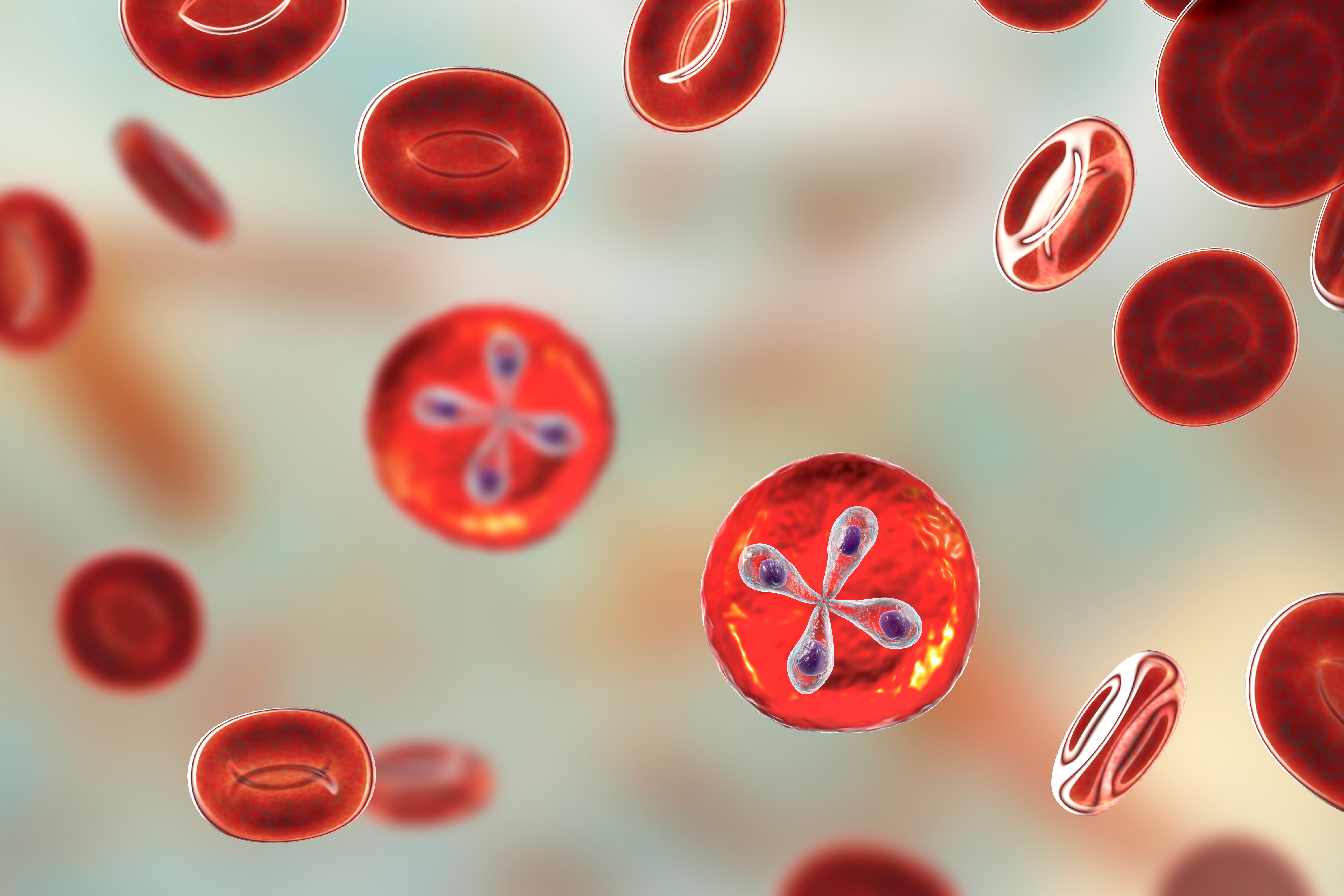 Babesia is a malaria-like parasite that infects red blood cells causing an infection known as babesiosis.

Most commonly transmitted by a tick bite, babesia can also pass from mother to unborn child, in very rare cases, or be transmitted through contaminated blood transfusions. Currently, most blood banks do not screen for babesia.

Though symptoms of babesiosis are similar to those of Lyme disease, this parasitic infection more often starts with a high fever and chills. As the infection progresses, patients may develop fatigue, headache, excessive sweating, muscle ache, chest and hip pain, and shortness of breath.

In many cases, babesiosis symptoms are mild and require little or no treatment. However, this infection can also be extremely serious and in some cases life-threatening, most notably among the elderly or those missing a spleen or dealing with a weakened immune system.

There are more than 100 types of Babesia, but the two species that cause the majority of disease in humans are the Babesia microti and Babesia divergens. Both these parasites tend to be transmitted through the bite of infected ticks.

The major cause of babesiosis in the United States is infection by Babesia microti while in Europe Babesia divergens and Babesia bovis are usually responsible.

Signs and Symptoms of Babesiosis Infection

Most people with babesiosis will experience very mild symptoms, and occasionally no symptoms at all. However, as mentioned earlier, babesiosis is also capable of causing extreme complications in older people, the immunocompromised or those who have had their spleens removed.

Babesiosis symptoms usually develop between one and four weeks of exposure to the parasite, and they can vary greatly.

Should the infection persist, an initial symptom of feeling generally unwell may escalate to include:

In extreme cases the infection may cause:

Up to a quarter of human babesiosis cases will also be infected with Lyme disease. As a result, symptoms may be more intense and last longer. Another co-infection to be aware of is ehrlichiosis, which often presents itself with similar symptoms such as fever, chills, headache, muscle aches and an upset stomach. In very rare cases, sufferers might fall victim to all three diseases simultaneously.

Symptoms of babesiosis can ebb and flow and even disappear before returning, but an infection is usually diagnosed by examining blood under a microscope which will then show Babesia parasites present in red blood cells. Should anyone suffering symptoms are given a blood test for babesiosis it is always advisable to test for other tick-borne infections, such as Lyme disease, ehrlichiosis and anaplasmosis.

The good news is, effective treatments are available and babesiosis can be treated with the same drugs used in malaria therapy, such as quinine sulphate. However, a more holistic approach is often advised, employing protocols to rid the body of infection and any co-infections for long-term wellness and recovery.

“We have a number of therapies that we use in the treatment of babesiosis,” says Neomed’s resident naturopath, Margit Taubmann.

“While packages are all tailored to the individual in order to best target specific symptoms and any co-infections present, the main focal points of treatment include ozone therapy, infusions to strengthen the immune system, infusions that actively work to fight parasites, infrared sauna and magnetic field therapy, oral ingestion of antiparasitic agents, vitamin and mineral boosts.

“We also take a look at our guests’ diet to see how best we can help them to help themselves.”

How to avoid tick-borne diseases

As ever, the great outdoors is the most common place to pick up a tick bite, especially in wooded areas, marshland or from wading through long grass. For this reason, it is always sensible to take precautions if you can, such as dressing to limit any exposure of naked flesh by tucking trousers into socks and wearing long sleeves.

If the great outdoors cannot be avoided, try to check yourself daily for ticks. As well as scouring the skin, check the scalp and the back of the neck. Ticks that spread Babesia microti usually need to be attached to a person for more than 36 hours in order to transmit the parasite, so daily tick checks can greatly prevent transmission and infection.

For more information on tickborne diseases and how we can treat them, please fill in the form below:

Our Gut Feeling on Why Digestive Health Is Crucial!

Natural Treatment Targeting the Cause of Bone Loss