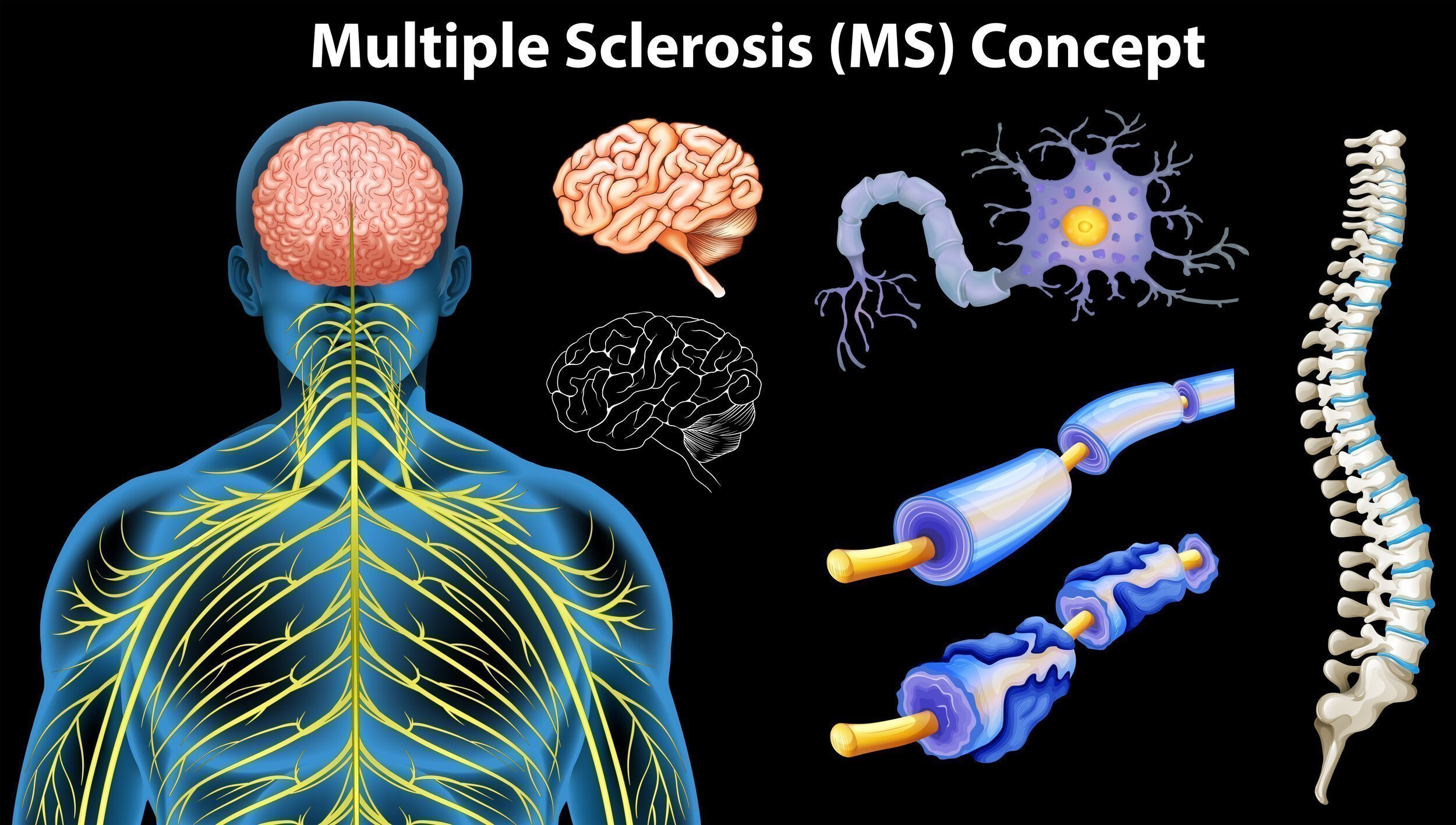 What Is MS and What Causes it?

Multiple sclerosis (MS) is an unpredictable condition that affects the brain and the spinal cord – and it is one of the most common causes of disability in younger adults. Scientists believe a combination of environmental and genetic factors contribute to the risk of developing the condition. There is also a growing school of thought that the illness could be linked to Lyme disease.

Indeed, Lyme disease sufferers experience many of the most commonly reported MS symptoms such as fatigue, vision problems, muscle spasms, mobility difficulties, brain fog, depression, anxiety, speech and swallowing complications. “MS is a complex illness and even more challenging than many of the other chronic illnesses we deal with,” admits Neomed’s resident physiotherapist Lubka Mlčúchová. “How we deal with it very much depends on each guest’s condition and stage of illness.”

The Science Behind MS

Most people with MS are diagnosed between the ages of 20 and 50, with statistics showing that at least two to three times more women than men develop the condition. In short, MS involves an immune-mediated process in which an abnormal response of the body’s immune system is directed against the central nervous system (CNS). Within the CNS, the immune system causes inflammation that damages nerve fibres and myelin — a fatty substance that surrounds and insulates nerve fibres — as well as the specialised cells that make myelin. When myelin or nerve fibres are damaged, messages within the CNS are altered or stop completely. The damaged areas then develop scar tissue which gives the condition its name – multiple sclerosis.

“Because MS is a systematic autoimmune demyelination illness, the general treatment for it is more or less symptomatic at the moment,” says Lubka. “At Neomed, we work on the rehabilitation of chronic illness using a variety of methodologies that focus on the root causes of autoimmune conditions, which can be anything from an environmental factor, heavy metal load, bacteria load, parasites, or a variety of any pathogens. According to the needs of each guest is how we focus on the treatment.”

Among the many studies into MS, some have claimed that pathogenic Lyme-disease spirochetes have been found in the brain of MS patients, leading to some specialists believing that borreliosis is a contributor to triggering the development of MS. Other specialists believe another trigger could be heavy metal poisoning, particularly if sufferers experienced increased exposure to mercury such as when dealing with amalgam fillings, among other sources of mercury.

AS MS is among the diseases triggered by autoimmune mechanisms, other potential contributing factors include digestive health issues such as ‘leaky gut’ and exposure to toxic substances as well as the fallout from other infections. Like with any chronic disease, the key strategies that have emerged to combat potential triggers are a good diet and detoxification. As to why some people are more susceptible to chronic illness, studies further suggest that stress levels play a part as do genetics; people with less effective detoxification genes are generally more susceptible.

More than 10 years ago, the US pathologist Dr Alan MacDonald spoke about the presence of focal Borrelia infections, hidden inside parasites, within brain samples from patients with MS. A number of studies have also pointed the finger at mercury as a cause of autoimmune diseases such as MS. Mercury is one of the most toxic non-radioactive elements there are. It is ten-times more neurotoxic than lead and three times more toxic than arsenic or cadmium.

A Germany study published in the 1990s further revealed that metal toxins like mercury and gold were often deposited in the body’s own structures such as in proteins – in MS, myelin is the basic protein – thereby changing their three-dimensional shape. As a result, the immune system no longer recognised the endogenous proteins and seeing them as something ‘foreign’, they began to attack them (for more, see the link below).

No Known Cure but There is Help to be Had

As with any chronic illness, rehabilitation depends on an immediate reduction of harmful factors that are prevalent in today’s modern lifestyle, such as heavy metals, radiation sources and wrong diets, among other potentially dangerous triggers. The body should then be given a much-needed boost of vital micro and macronutrients by way of a good diet and food supplements. Any mercury present in the teeth should also be removed. The patient then needs to go through a careful programme of detoxification and physio, under the guidance of professionals.

Lubka said: “For the physio part of our guests’ treatment, we evaluate them first by looking at their overall condition, their movement and their mobility, to ascertain how able they are to move and whether they are independent and self-sufficient. Then, we decide what to do. While most of the medical treatment focuses on modulating immunity, reducing the pathogens, working on the digestive tract, drainage and detoxification, in physio our aim is to get guests moving. “We focus on the quality of movement using individually-tailored exercises and Papimi, which is an amazing magnetic therapy device that helps boost a person’s general energy levels and rejuvenates cells. We also have a variety of other rehabilitation therapies and exercises to draw on. “Combined with detox treatments and immunity-modulating treatments, the guests we have seen have definitely felt some improvement, gaining more power and confidence.”

How neural therapy can benefit an individual with Lyme disease?

Natural Treatment Targeting the Cause of Bone Loss

Infection Prevention and Control at Neomed