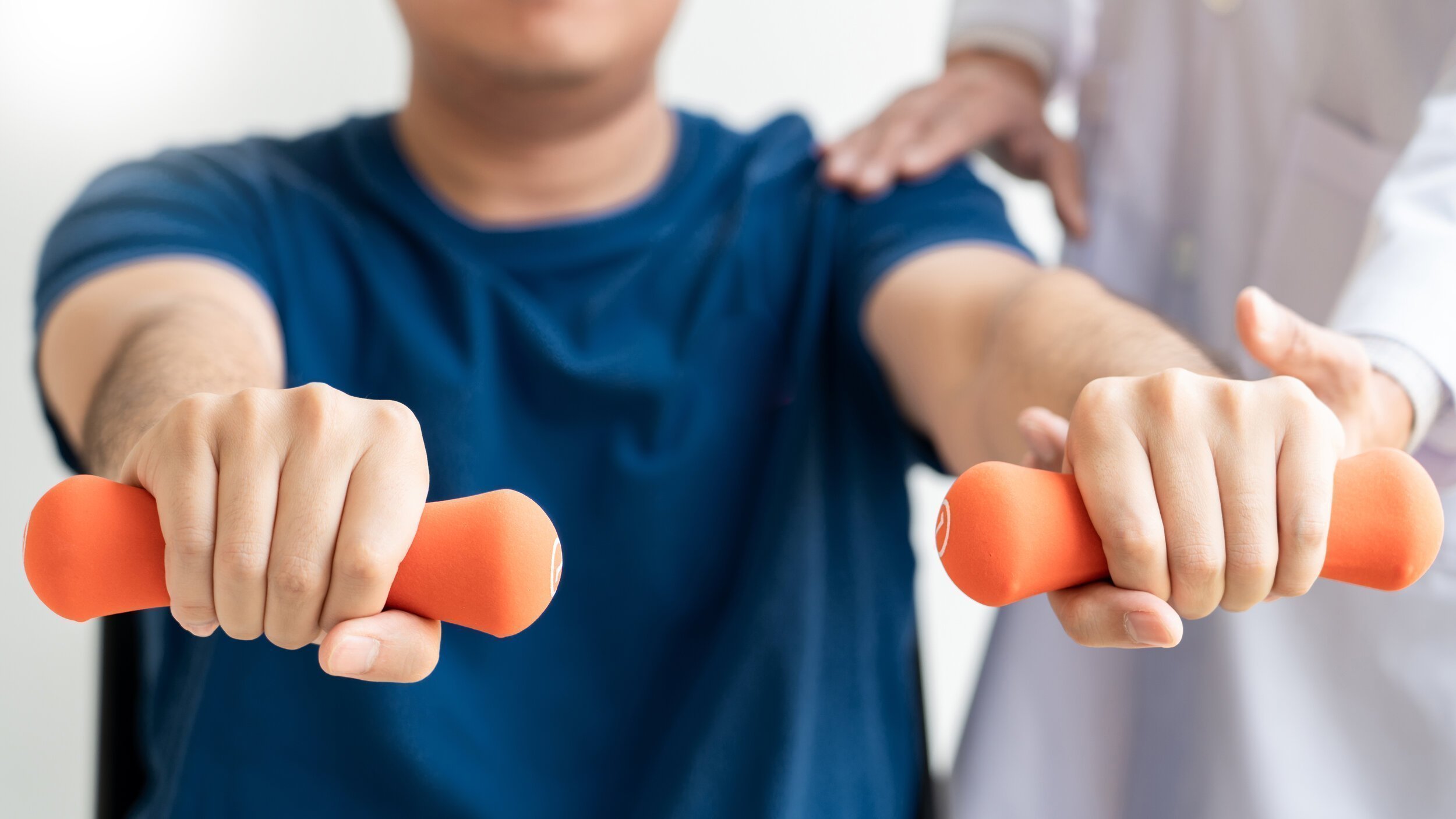 It’s Not Only About the Moves

Each year more than 230 million people around the world undergo some sort of surgical procedure, from life-saving operations and reconstructive or cosmetic surgery to joint replacements and mole removals – but the act of surgery is rarely the end solution to problems, in fact, it can sometimes create more, and a period of rehabilitation is often advised.

Perhaps the most obvious need for rehabilitation is seen after operations affecting mobility, such as hip and knee replacements or major organ surgery. Clearly, after major operations a period of recovery is essential, but it is rehab that will help patients regain their strength.

Physiotherapists, and other specialists, are trained to find the best and safest way for post-operative patients to walk, bathe, dress, and generally take care of themselves. The form and intensity of exercise programmes will depend on the surgery that has taken place, the age of the patient and general overall fitness levels, but the common objective is to get muscles stronger and improve mobility.

“Normally, people need rehabilitation after surgery to get back their range of movement,” explains Neomed’s resident physiotherapist Mariana Pislaru. “After surgery, it is common to feel stiff and suffer pain, for example after orthopaedic surgery, and people will usually need a programme of rehabilitation lasting between four to six weeks.”

Is Rehab Really Necessary After Surgery?

We think so, yes. Rehab can speed recovery times no matter what kind of surgery has occurred. Whether it’s a joint replacement or heart surgery, one of the main priorities is to get patients moving again. This process will usually start at the hospital or medical centre where the surgery has taken place because many patients will need help getting out of bed and to start walking again. Generally, patients will then be equipped with a few exercises they can do at home to aid their recovery.

After a major surgery, however, many people will require the services of a specialist to help them safely regain their strength and mobility. Quite often this can be a painful process, but paradoxically, it is one that reduces pain in the long run. “Here at Neomed, the first thing our team does is assess each guest,” says Mariana. “As a physiotherapist, I am especially looking at each guest’s range of movement with my end goal being to build that range of movement so they can, say, walk without crutches. “As well as a number of exercises, we use magnetic therapy, which has an 80% success rate of removing pain. Most people will be on strong painkillers when they come. Magnetic therapy helps reduce pain in both the acute phase and the chronic phase. As long as the guest has no metallic implants, we can also use Papimi to speed up regeneration (a high-end device that induces electromagnetic impulses directly into the somatic cell, activating the process of self-healing).”

Is There more to Surgery Rehab Than Exercise?

There is always more! As Mariana says, helping a guest to fully recover from surgery is rather like “fitting a puzzle together.” One of the main areas to take care of, post-surgery, is diet because what you eat can have a direct effect on recovery times. For example, high-quality protein foods help wounds to heal and keep the immune system strong.

Following orthopaedic surgery, it is normal to experience loss of appetite, but protein-packed foods or professional-grade amino acids are a key nutrient in bone-building and should be incorporated into diets. Vitamin C and zinc are also incredibly helpful during the healing process. Vitamin C is needed to make collagen and this is needed to repair tendons, ligaments and heal surgical wounds. Calcium, magnesium, vitamin D3 and K2 are also key nutrients associated with healthy bones. And last but not least, pre-and probiotics are usually a must after surgery as pain medications can cause constipation.

“At Neomed we always look at the bigger picture,” explains Mariana, “and nutrition is one of the factors of the puzzle that we need to fit together. “Quite often, the reason for surgery is only part of the problem. For example, the hip is replaced but the factors that destroyed the hip or the cartilage there can involve other factors such as bad nutrition and bad habits, like a lack of exercise. It’s the domino effect.”

The First Line of Defence Is the Skin

It’s pretty much a given that most surgeries will involve incisions in the skin and this can cause problems, sometimes many years down the line. In short, the skin is the first line of defence against ill health and skin immunity is a property of skin that allows it to resist infections from pathogens. Skin also contains elements that actively fight infections so it acts as a barrier, a kind of sheath, made up of several layers of cells and their related glands.

The top layer of the skin is the epidermis, which effectively acts as the body’s protective shield. The epidermis protects the body from various external influences such as UV rays or pollutants. An intact epidermis stops microorganisms like bacteria from getting into the body and prevents the body from drying out. The epidermal cells constantly renew themselves and have a life cycle of approximately one month. The next layer of skin is the dermis. Thicker than the outer layer of skin, it is very strong, elastic and tear-resistant owing to its collagen and elastin fibres. It also contains nerve cells, blood and lymph vessels.

And finally, there is the subcutis, primarily consisting of fatty tissue. It is here that energy is stored. It also protects the body from the cold and acts as padding. This subcutis varies in thickness depending on where it is in the body. The body’s hair roots, sebaceous and sweat glands can also be found in the subcutis. If the skin is damaged our organism tries to repair it, but it will usually fail to achieve the same level of functionality. If deeper layers of skin are affected, as is common with acts of surgery, scars are formed after the various stages of wound healing.

Are Scars an Issue Regarding Rehabilitation?

Absolutely. While most people will be aware of the need for physio after an operation, awareness of the hidden consequences of surgery remains relatively unknown. In short, the human body is a self-contained organism and any intrusion, such as an incision, upsets the body’s natural processes, leaving behind residual trauma. The result is a scar that acts as a barrier, preventing the natural flow of the body’s energy. This can lead to accumulation or stagnation of energy bringing new physical problems in the same area of the body.

“Surgery is problematic,” admits Mariana. “In many cases, surgery will cause a blockage for life. A surgery scar creates chronic low-grade excitation within the affected tissue, which seem to send confusing symptoms to the nervous system, causing altered autonomous nervous system and dysfunction. It will also cut off the energy flow, or Qi, in the area of the scar. This is why the scars are called “interference fields.”

“Operations these days are very easy to come by, but they leave a significant stress factor on the body. Every cut in tissue cuts off energy. “After a surgical procedure, we look at scar treatment because the energy within and around the affected tissue will be very low and so we try to build up the energy using therapies involving electrodes. This is another part of our post-surgery rehabilitation programme.”

Do you have a parasite problem?