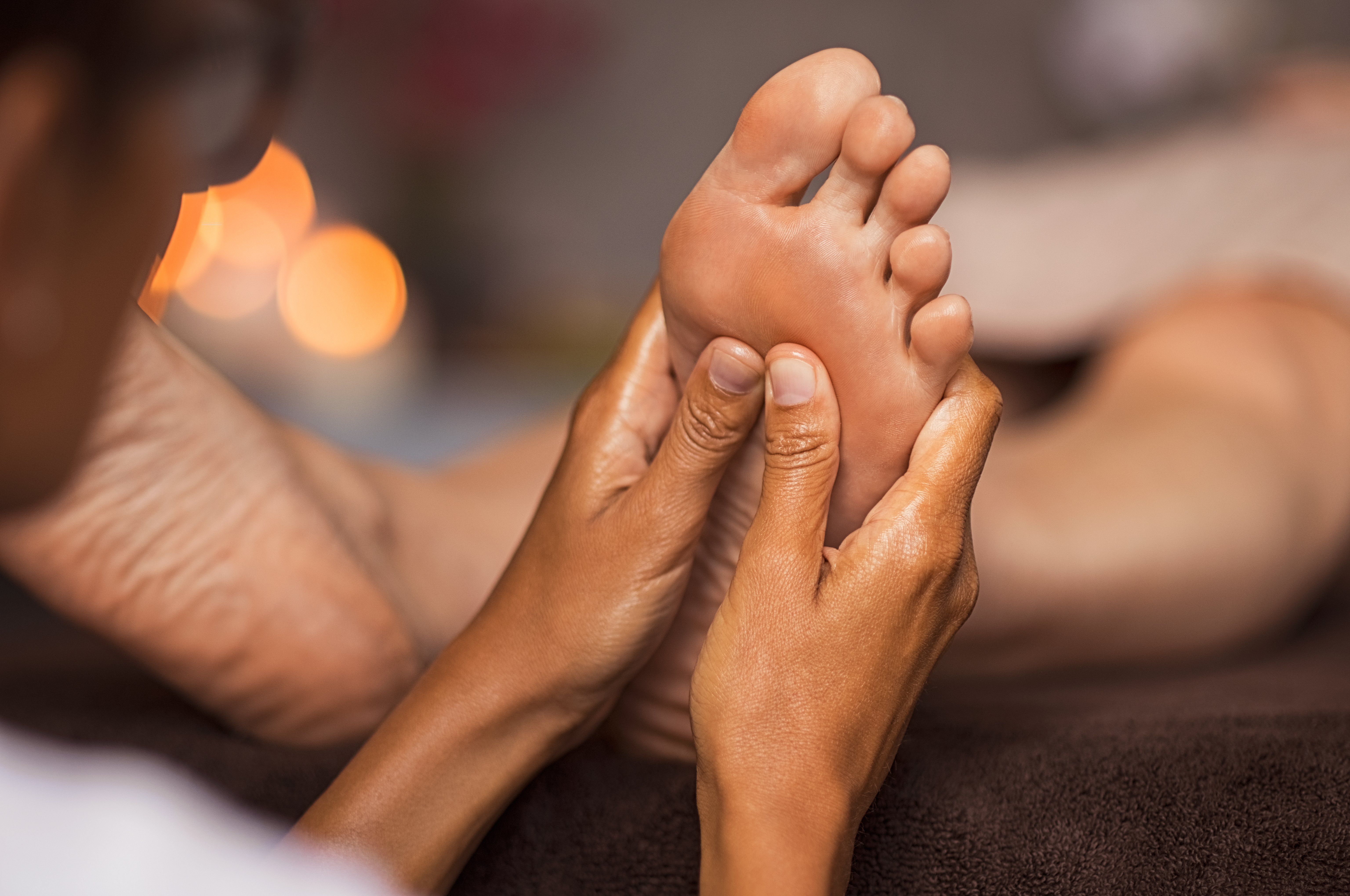 Making You Feel Good From Top to Toe

Reflexology is a pressure point massage applied to the feet, hands and ears in order to stimulate energy flow to areas in need of healing elsewhere in the body.

Based on the ancient Chinese belief in qi – the ‘vital energy’ that circulates through the body at all times – when this flow of energy becomes blocked, usually through stress, it can lead to imbalances in the body that cause illness.

Reflexology works to keep qi flowing. In turn, this keeps the body balanced and better able to combat disease.

The Background to Reflexology

In Chinese medicine, different parts of the body correspond to different organs and systems in the body. Maps are then used to navigate these points – usually in the feet, but also the hands, and ears – to determine where pressure needs to be applied in order to reach an area in need of healing.

Some years after the Chinese came up with this correlation, British scientists in the 1890s discovered that nerves do in fact connect the skin and internal organs, and that the nervous system adjusted to external factors, such as touch. Therefore, it was thought that a reflexologist’s touch could help calm the central nervous system thereby bringing relaxation and other benefits to patients.

Over the years, different schools of thought have developed that all fall under the general reflexology umbrella, including ‘zone therapy’, a practise that divides the body into ten longitudinal zones from head to toe. This differs slightly from reflexology which defines a precise correlation between pressure points and afflicted areas of the body with feet and hands, each divided into 12 respective pressure zones.

What are the benefits of reflexology?

Reflexology has been linked to a number of potential benefits including:

Regarding the efficacy of reflexology, a number of studies have found positive results in terms of managing pain and anxiety levels.

A 2011 study of women with breast cancer found that reflexology helped to reduce some of their symptoms including shortness of breath. Participants also reported improved quality of life.

Another study looking at premenstrual syndrome found that women who received two months of reflexology treatment reported significantly less painful PMS symptoms than the women who did not.

A 2014 study found that people undergoing heart surgery who had a 20-minute foot reflexology session once a day for four days reported significantly lower levels of anxiety than those who didn’t.

In more anecdotal evidence, reflexology has been said to:

Are there any side effects with reflexology?

Reflexology is a non-invasive therapy that the majority of people enjoy rather than tolerate. However, those with the following medical conditions are advised to consult a doctor before seeing a reflexologist:

Pregnant women are also advised to speak to their doctor before undergoing reflexology.

Neomed’s resident physiotherapist Lubka Mlčúchová said: “According to reflex zones that are linked to specific organs and body parts, an experienced therapist can diagnose and ‘treat’ conditions with the application of massage or placing pressure on specific points.

“Reflexology is an ancient massage technique that is beneficial for everyone, with a few notable exceptions. However, generally speaking, reflexology is a very pleasant and relaxing therapy that gives people an immediate sense of relief, not only on the feet.

“Regular sessions can help in a number of ways including with constipation issues, detoxification, headache, nervous tension or stress.”

For more information about Reflexology, please fill in the form below:

Smarter and Healthier Snacking During the Holiday