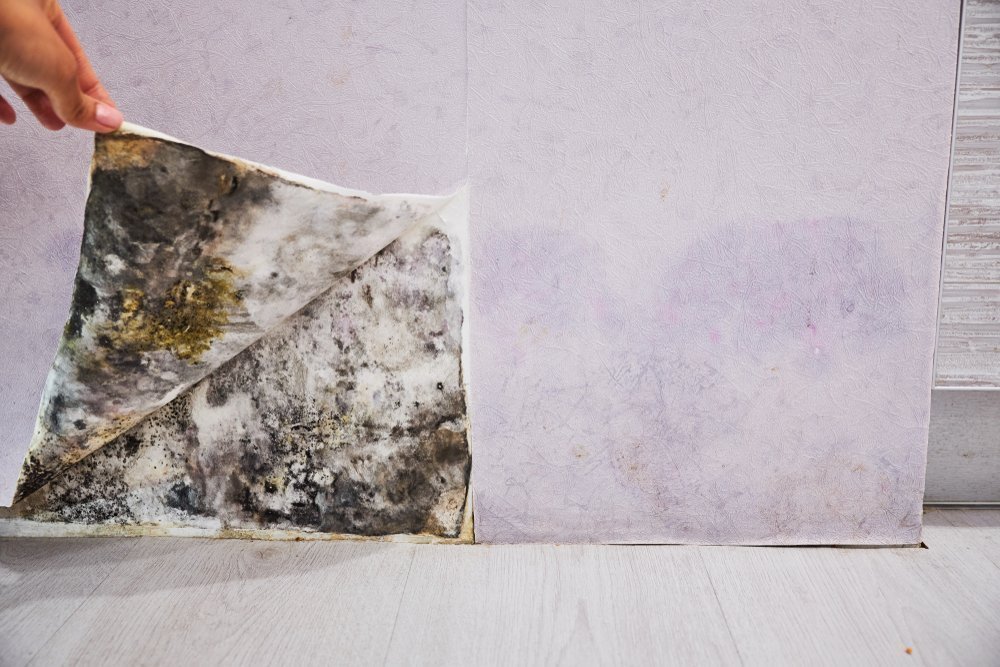 The Danger of Damp and Mould

The Housing Problem that Poses a Health Risk

The World Health Organisation estimates that damp affects between 10% and 50% of indoor environments in Europe, North America, Australia, India and Japan.

The UN agency also says that there is sufficient evidence to show that occupants of damp or mouldy buildings are at increased risk of respiratory symptoms, respiratory infections and asthma. Exposure to mould and other dampness-related microbial agents also “increases the risks of rare conditions, such as hypersensitivity pneumonitis, allergic alveolitis, chronic rhinosinusitis and allergic fungal sinusitis.”

Any property suffering from mould needs to be treated if moving is not an option, but dampness is not simply a construction issue. The impact on health can be far-reaching, causing a range of problems from joint pain to hormonal and cognitive issues as well as chronic fatigue.

“You don’t actually have to see mould to have an issue with mould,” says Tina Christoudias Spyrou, Neomed’s Functional Medicine Practitioner and Nutritionist. “If you have a house that is damp, you probably have mould, and if you have mould in your house, it can definitely affect your body. It can even cause mould in the body, especially in the lungs, as well as a number of other health issues.

“Unfortunately, if your home suffers from damp, there needs to be regular upkeep of the house in order to deal with it and protect your body from mould. Air filters can help.

“As far as your body goes, keeping up with a plant-rich diet and getting a good amount of rest are lifestyle habits within your control. If you are not taking care of yourself, your immune system decreases and you are more susceptible to what it is you’re breathing in. It’s important to keep your body as healthy as possible so it can fight off things like mould.”

As well as following a plant-rich diet, it is advisable to avoid food that might be contaminated with moulds such as corn, wheat, rye, barley, spelt, peanuts, dried spices, dried fruit, cocoa, bread, oats and alcohol.

Instead, eat food that is rich in fibre and antioxidants, especially cruciferous vegetables such as broccoli, cauliflower, cabbage, kale and brussels sprouts. Food with antifungal properties include olive oil, garlic, ginger, onion, coconut oil and lemon, among others.

As a rule, many people rightly assume that mould in homes can trigger allergic reactions, more so in those with respiratory issues. However, mould can also affect the immune and nervous systems leading to symptoms that can be physical, emotional and cognitive.

“There are several ways to treat the effects of mould,” says Tina, “but it all starts with opening up the detoxification venues. You want to make sure that the liver is up to par as well as the lungs, the lymph system, the kidneys and digestion. Then you can start with a detoxification protocol.

“Once these stages have been followed, you can use binders to help to bind and get rid of the mould in the body.”

Like with all illnesses, the severity of mould-related health issues will differ from person to person, which is why all of Neomed’s programmes are tailored to meet the needs of each guest.

Key possible steps for treatment, following detoxification, may include:

“This really is a process,” says Tina. “Unfortunately, taking a pill is not how it works. The essence of functional medicine is to make sure your body is functioning optimally so that it can get rid of stuff by itself.”

For more information on our treatment programmes for mould-related illness fill in the form below: